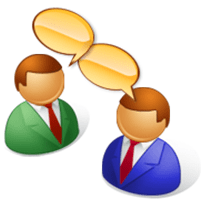 Without doubt, crisis management and reputation management strategies are crucial for all organisations, regardless of their size.

But while large corporations with plenty of resources can plan ahead, allocating significant resources – whether internal or outsourced – to combat foreseeable or unexpected crises, SMEs often don’t have the budget or extended customer base to prevent major damage before an issue takes place.

Which is why a well-planned corporate communications strategy, which outlines how to handle a crisis is critical for any SME and its executives, should the unexpected occur.

“Have a philosophy around acting quickly and openly, or whatever other values a company has,” says brand and crisis communications expert Sputnik.

“Decide on those values up front; be aware of any potential risk factors.

“One solid piece of bad news can undo years of doing the right thing. And, in fact, one poorly handled crisis can do as much harm as the crisis itself.

“People have long memories, especially when it comes to bad news, so unless you have a lot of brand equity – ie. super loyal customers – even a mild crisis can be crippling.”

The same applies to not-for-profits, although these organisations have additional complexities due to their very nature, making reputation management vital.

The media – and the public – thrive on a non-profit scandal, due to the fact that such organisations are supposed to be community serving and charitable.

“While all businesses can come off poorly courtesy of bad press, the non-profit sector operates on goodwill more than most.”

Stepping one foot the wrong way can cause a media feeding frenzy, resulting in community distrust, which can be shattering to any charitable business.

“It’s super easy for someone, with even a little bit of doubt as to whether they are supporting the best place, to swap over.

“If you hear one bad report that World Vision take too much in admin fees, there are a million other kids in need being helped by a million other non-profits that you can support instead.”

In the current age of social media, where company reputations can be tarnished through the viral spread of bad news, it’s imperative that executives have the media training, interview techniques and reputation management know-how, to enable them to act immediately.

Waiting twenty-four hours to communicate in a crisis is an eternity in today’s climate and will damage an organisation’s reputation, so preparation is key.

“Does it matter if the media crisis is real or the press is legit? Absolutely not. Perception is reality. And even one little creeping doubt can stuff things up completely.”

Sam Elam, Director of Media Manoeuvres, has been involved in the media and communications industry for over 20 years.

Sam established Media Manoeuvres in 1997 as a specialist media consultancy in media training and reputation management. She now combines her media and corporate communications skills assisting clients in media skills training as well as media strategy, issues and crisis management.