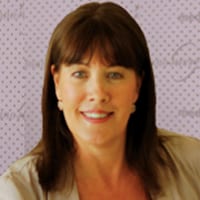 Debra Bishop has worked for more than 20 years in the West Australian Media.
She began as a cadet journalist at Radio 6PR in Perth where she trained in reporting and news reading.

Later she moved to Radio 6IX / Channel 7, then across to the ABC/Channel 2 where she presented weekend TV news bulletins and reported TV and Radio news.

Debra worked at Channel 10 as the weekend newsreader for 2 years then returned to Channel 7 in 1990.

At the 7 Network, Debra was Bureau Chief for the National current affairs television program ‘Hinch’ as well as Chief of Staff for the newsroom and Associate News Producer.

Debra also worked as a journalist on ‘Today Tonight’ in Perth for 2 years.

Having produced and presented nationally award-winning documentaries for the Seven Network, Debra continues to work on a freelance basis for Channel 7 in Perth as a News Producer and Reporter.

As an Executive Trainer, Debra has trained many executives from State and Federal Government Departments as well as private sector companies, businesses and individuals.

Debra’s vast experience in radio and television journalism makes her a great asset to the Media Manoeuvres executive training team.