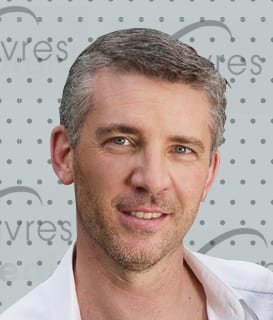 Tim Stoney’s multifaceted career gives him a unique perspective on the media, having worked in print and broadcast journalism, PR, communications and education, in a career spanning nearly 30 years.

He started out writing press releases about changing trends in construction for the industry body, The Cement and Concrete Association; spent several years teaching at La Trobe University; sold advertising and wrote for several small magazines; before moving into the mainstream media in the mid-90s, when he took up a cadetship at the Herald Sun newspaper.

Over nearly four years at Melbourne’s biggest paper Tim covered sports, including the highly competitive AFL round, but spent his most satisfying years at the Melbourne Magistrates Court.

This brought him in close contact with many of Melbourne’s most notorious criminals – the likes of the Moran brothers, Carl Williams and Alfonso Gangitano – many of whom became key players in the city’s gangland killings.

Three years as a news and sports reporter at Channel Ten, Melbourne followed – including being part of the Network coverage of the Sydney Olympics and a trip to East Timor to cover the country’s first elections – before Tim left to freelance.

For the past 15 years Tim has worked as a freelance news and sports broadcaster and commentator: at ABC Radio Australia – including covering the 2003 South Pacific Games in Fiji; he spent a year in China working for China Radio International and four years as a Melbourne-based news and sports reporter for SBS World News Australia.

He spent five years teaching journalism at RMIT, La Trobe, Monash and Deakin universities; worked for the Olympic News Service at the 2008 Beijing Paralympics; had a great deal of fun working as a commentator at the 2011 South Pacific Games in Noumea and produced and directed a short film about Indian students living in Melbourne for the Victorian Multicultural Commission.

As well as working for Media Manoeuvres, Tim continues to write freelance and teaches media writing at the University of Melbourne.