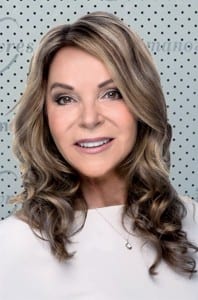 Sandy Kaye has a track record spanning nearly 30 years in the communications industry. Her varied career has seen her work in both radio and television as a presenter, reporter, newsreader, researcher, writer, producer, commentator and publicist.

Early in her career, her voice was heard on Australia's prestigious international broadcaster, Radio Australia. Later she became Sydney's first female radio newsreader. She also hosted her own highly successful on-air talk-back program on Melbourne Radio 3AK for several years.
In television, Sandy has worked for all of the free to air networks either as a news/ current affairs reporter or as a producer. She began her on-air career at SBS then spent several years as a news reporter at Channel 10. She also hosted a travel show on Network Seven and at times may be asked, in a freelance capacity, to act as a Senior Producer of Channel 7's Today Tonight.

Sandy is often called on by television production companies in the UK and the US to report and produce stories for entertainment, news and documentary features.

While working on-air and behind the scenes in both television and radio, Sandy obtained government certification to become an accredited trainer and assessor. She teaches at Open Channel, Vision Australia Radio and the AFTRS and consults to several international Public Relations firms.

Trainees from the corporate world as well as media, government and the non-profit sectors respond enthusiastically to her dynamic training style and wisdom.

Sandy possesses a post graduate diploma in Public Relations which has enabled her to offer additional support to business leaders, elected officials and companies of all sizes in relation to their on-going communication strategies and crisis prevention tactics.