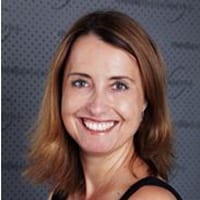 Ann Buchner is a highly regarded and award-winning senior journalist, television producer and media trainer with 20 years of experience in the media. Ann has been an Executive media trainer at Media Manoeuvres for the past five years and has worked extensively with senior executive spokespeople from major players in the finance, health, banking, construction, retail, management consulting and manufacturing sectors.

She has earned an enviable reputation for assisting spokespeople to deliver complex financial and technical information in pithy and media-friendly grabs and quotes that achieve the best results in media coverage.

Ann’s background as a working scientist led her to her first job in the media as a journalist for BEYOND 2000, where she spent seven years producing and reporting complex and highly technical information.

Ann then spent the following years producing and reporting for Discovery Channel, Fox TV and the Ten Network. She joined the ranks at the Nine Network to report and produce business stories for Business Sunday, the Sunday programme and The Small Business Show.

Ann has extensive experience reporting, writing and producing stories and covering a vast range of subject matter, including news, current affairs, business, finance, science, technology and medicine. She has won a number of major media awards for her work.